That was our ‘battle cry’ when we presented the story of English Fine Cottons at Meet the Manufacturer, an event designed to showcase British textile manufacturing.

We’ve just come back from the two-day conference in London, the fashion capital of the world, and the response to our mission to resurrect the UK cotton spinning industry was nothing short of amazing.

We were one of around 150 exhibitors and visitors to our stand – where we got to show-off our new English Fine Cottons branding for the first time – were hugely supportive and inspired by our story. 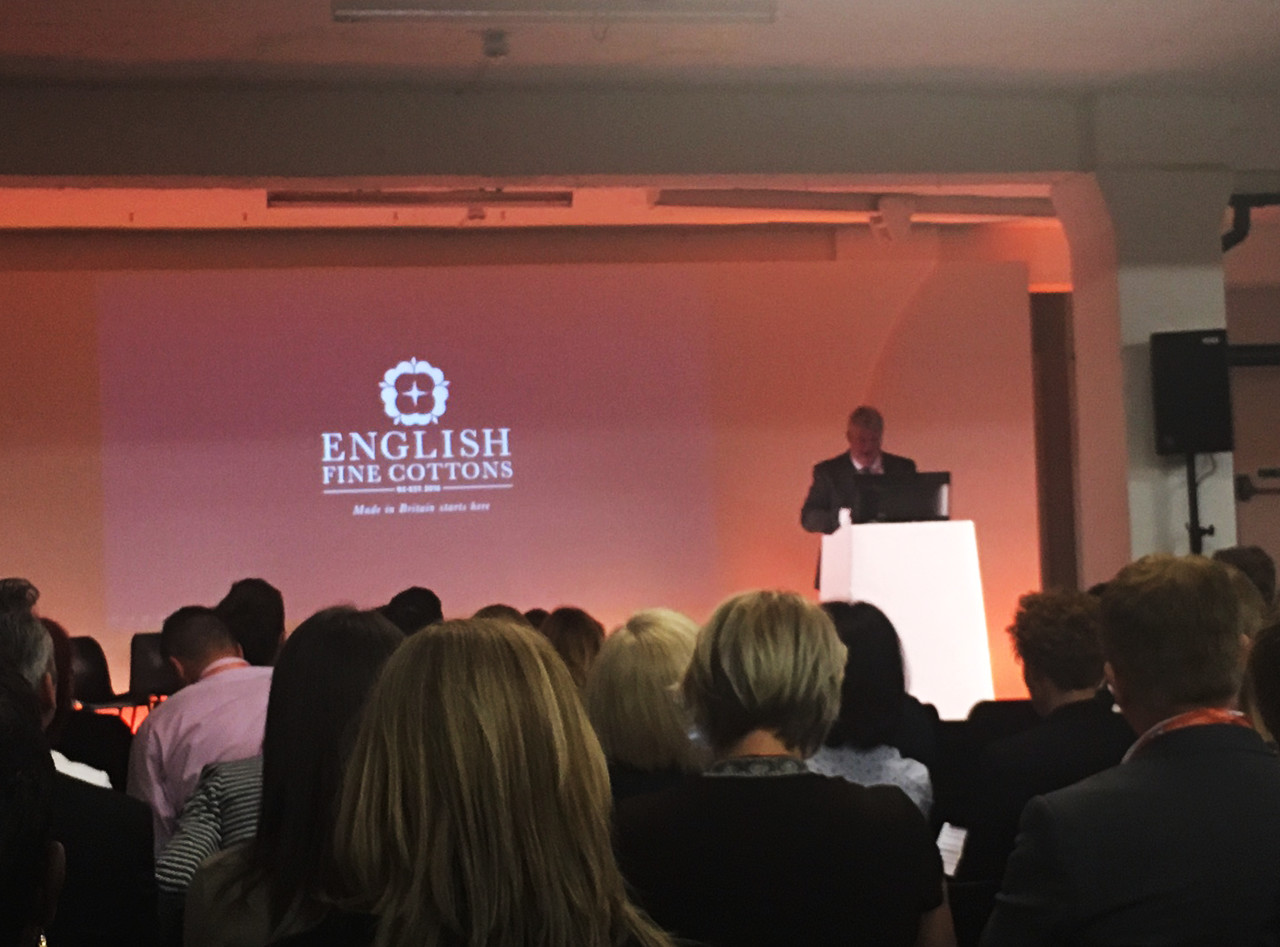 The conference, held in the Old Truman Brewery in Brick Lane, was organised by Make It British, a body that promotes UK manufacturing and British-made brands.  ‘Heritage versus Innovation’ was the opening day’s theme, which explored the changing face of the UK textile industry.  The second day looked at ‘Designing the future of UK manufacturing’.

English Fine Cottons’ general manager, Andy Ogden, said: “This was a fantastic event, attended by thousands of people from the UK fashion and textile industries.  It was encouraging to talk to so many people who are as passionate about the UK textile industry and ‘making it British’ as we are.”

Meet the Manufacturer was a valuable networking opportunity – we were introduced to some potential new customers and enjoyed informative, thought-provoking discussions with entrepreneurs from the length and breadth of the country who are also ‘making stuff here in Britain’.

And it was fitting that we got to tell our tale in the heart of London’s East End, an area that was once home to many of the city’s weavers and clothing manufacturers.

Covid-19 update: During this period while orders are still welcome; please expect some delays on deliveries.   Read more
Holler Box